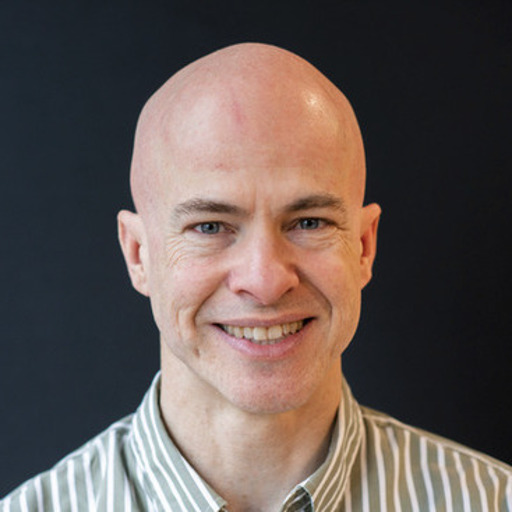 Modern probabilistic modeling puts strong demands on the interface and implementation of libraries for probability distributions. MeasureTheory.jl is an effort to address limitations of existing libraries. In this post, we'll motivate the need for a new library and give an overview of the approach and its benefits.

Say you're working on a problem that requires some distribution computations. Probability density, tail probabilities, that sort of thing. So you find a library that's supposed to be good for this sort of thing, and get to it.

Along the way, there are bound to be some hiccups. Maybe you need to call pmf for discrete distributions and pdf for continuous ones. Or maybe the library has bounds checking for some distributions but not others, so you have to try to remember which is which.

This may be fine for writing this sort of thing "by hand". Probabilistic programming goes a step beyond this, taking a high-level representation of a model and automating much of the process.

That's great, but this automation comes at a price. Any quirks of the interface suddenly become painful sources of bugs, and take lots of case-by-case analysis to work around. Worse, it's not a one-time cost; any new distributions will require associated code to know how to call them. The whole thing becomes a bloated mess.

While we're at it, we'll address some issues with working in terms of distributions at all, and see some benefits of generalizing just a bit to instead work in terms of measures.

Distributions.jl is a popular Julia library for working with probability distributions. At ths time I'm writing this, its GitHub repository has 625 stars and 305 forks. It's highly visible, and many packages have it as a dependency. This also means changing it in any way can be very difficult.

Here's the Distributions implementation of Normal:

See the T <: Real sprinkled around? In SymbolicUtils, a symbolic representation of, say, a Float64 would have type Symbolic{Float64}. But it's not <: Real, so this is a real headache (no pun intended).

There's also that check_args. This makes sure we don't end up with a negative standard deviation. And yes, it also causes problems for symbolic values, and has some small performance cost. But you can disable it, just by calling with check_args=false.

The bigger problem with this is that it's not consistent! Sure, you can call Normal with check_args=false. But for some other distributions, this would throw an error. So you end up needing a lookup table specifying how each distribution needs to be called.

Anyway, checking the arguments isn't necessary! Any call to pdf or logpdf will need to compute log(σ), which will throw an error if σ < 0.

Moving on, let's look at the implementation of logpdf:

In addition to the ::Real type constraint, there's some overhead for checking against special cases. As before, the issues are incompatibility with symbolic types, and some small overhead for the extra control flow.

It's also worth noting the -log2π/2 term in _normlogpdf. This is of course correct; it's a normalization factor that comes from the \(\sqrt{2\pi}\) in the pdf

The thing is, we often don't need to normalize! For MCMC, we usually only know the log-density up to addition of a constant anyway. So any time spent computing this, however small, is a waste.

But sometimes we do need it! So it seems silly to just discard this. What we really need is to have

The Normal Measure, in Four Lines of Code

Here's the implementation in MeasureTheory.jl:

Let's take these one by one.

This can be read roughly as

Define a new parameterized measure called Normal with default parameters μ and σ. The (log-)density will be defined later, and will have a normalization factor of \(\frac{1}{\sqrt{2\pi}}\) with respect to Lebesgue measure on \(\mathbb{R}\).

So then for example,

This defines the log-density relative to the base measure. There's no μ or σ yet, this is just for a standard normal.

If we really wanted this in "the usual way" (that is, with respect to Lebesgue measure), there's a three-argument form that lets us specify the base measure:

which ought to match up with

By the way, MeasureTheory exports Distributions as Dists for easy typing. And yes, exery Dists.Distribution can be used from MeasureTheory; you'll just miss out on some flexibility and performance.

Hopefully this one is clear. One fine point worth mentioning is that some dispatch happening outside of this gives us some methods for free. So for example, we could do

This is our last line, and we still haven't touched anything outside a standard normal (mean zero, standard deviation one).

But there's nothing about this last step that's specific to normal distributions; it's just one example of a location-scale family. There's so much common behavior here across distributions, we should be able to abstract it.

So that's what we do! Here's the code generated by @μσ_methods Normal():

Using this approach, we have just one family of measures call Normal, but several parameterizations. So far we have four:

And adding more is easy! Here are a few that might be convenient, depending on the application:

Let's set up a little benchmark. Given some arrays

For each i, we'll

We should expect big time differences for this versus a standard normal, so let's also measure this with fixed μ, fixed σ, and with both fixed. The only thing we really need to vary is the way we build the distribution or measure. So we can do this:

Note here that there are a few different ways of calling this (thanks to David Widmann for pointing out the Dists.Normal(μ) method). Also, as mentioned above, the check_args keyword argument makes things a little faster in some cases, but throws an error in others.

To be clear, Distributions is doing a little more work here, since it's including the normalization constant at each step. But that's exactly the point! For many computations like MCMC, there's no need to do this. Also, we're not really throwing away this constant; we can recover it later if we like by asking for the log-density with respect to Lebesgue measure.

If Distributions had a way to do this without including the normalization, that might be a more fair comparison. But it doesn't, so if you're choosing between Distributions and MeasureTheory for MCMC, the plot above is a reasonable representation of the core log-density computation.

Also worth noting is that gradient computations are often important for this work. MeasureTheory is designed to be relatively autodiff-friendly, by representing the log-density as a simple algebraic expression. For Distributions this is definitely not the case, and making AD work well required an entirely separate and significant effort, DistributionsAD.jl.

We've really only scratched the surface of MeasureTheory.jl. There's also

The library is still changing quickly, and we'd love to have more community involvement. Please check it out!